The Commonwealth of Virginia has a very low tolerance for drug offenses. Whether one is charged with possession of illegal drugs or distributing or selling such drugs, the potential penalties associated with a conviction can be quite severe in Fairfax County. If you have been charged with drug possession or any other drug crime, it is in your interest to consult with an experienced Fairfax drug lawyer. En Español.

Why Hire a Drug Attorney?

When charged with a drug crime (or any other crime), you have every right to a fair trial, which involves the presence of a legal advocate to inform you of your rights and defend your interests.  Whatever the severity of your charges, a Fairfax drug lawyer can help you to minimize the potential consequences on your personal and professional life.

The criminal defense attorneys at our firm have experience handling drug charges ranging in severity from minor misdemeanors to serious felony and federal offenses.  When you call to complete your free initial legal evaluation, you’ll learn how our team of Fairfax drug lawyers can help you deal with your specific charges.

Types of Drug Charges in Virginia

There are a variety of possible drug charges. They may be categorized as either a misdemeanor or felony, with the severity of the charges depending on certain compounding factors such as the quantity of drug in possession, the type of drug, and whether the drug is intended for personal use or distribution. The drug charges may be for any or a combination of the following: 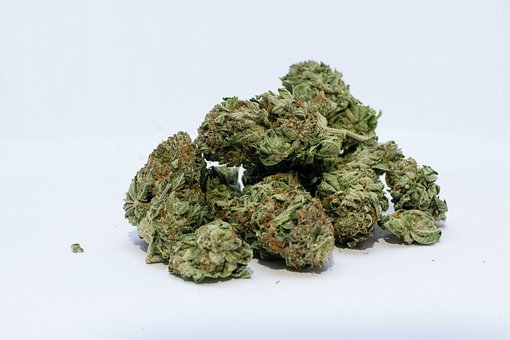 If drug charges have been filed against you, it is imperative that you contact a Fairfax drug attorney immediately. With so many factors effecting the severity of your charges and the penalties that accompany conviction, you need a legal representative who can explain the complexities and consequences of the charges you face.

Possession and Cultivation of Marijuana

According to the Virginia Code Section 18.2-251.1, the use of medical marijuana is considered legal, only with a valid prescription, for the treatment of glaucoma and cancer. If found to possess marijuana knowingly or intentionally for any other reason, you may face serious charges. Marijuana possession, as a first offense, is considered a misdemeanor and is punishable by up to a $500 fine and/or up to 30 days in jail. If found in possession again, a second offense is considered a Class 1 misdemeanor and could incur up to a $2500 fine and/or up to one year in jail. Any conviction for possession of marijuana results in a six month loss of your privilege to drive in Virginia. Even though it is a misdemeanor, the penalties are serious and you should not face such charges without legal representation or at least consulting with a Fairfax drug lawyer who can explain your options.

If you are found growing or cultivating marijuana or if you are caught selling or distributing the substance, you could face felony charges, depending on the amount involved. The penalties for such are outlined in the Virginia Code Section 18.2-248.1. For less than half an ounce, it is considered a Class 1 misdemeanor, punishable by a maximum fine of $2500 and up to one year in jail. If the quantity is in the range of one-half ounce to 5 pounds, then it is considered a Class 5 felony, with a maximum fine of $2500 and a maximum of 10 years in prison. If the quantity is in excess of 5 pounds, the felony charges carry a penalty of up to 30 years in prison. Clearly, felony charges are much more serious, and with such severe consequences one should take the time to call a drug lawyer in Fairfax County.

Possession of a Controlled Dangerous Substance

Virginia Code Section 18.2-250 contains classifications and penalties for crimes pertaining to the possession of Controlled Dangerous Substances (CDS). Since marijuana is covered in a separate section of the code, it is not included in this statute. This statute classifies drugs as Schedule I, II, III, IV, V or VI drugs, which Schedule I and II drugs eliciting more severe charges.

If caught in possession of a Schedule VI drug, which is any prescription medication not classified in the Virginia Drug Schedules, one is charged with a Class 4 misdemeanor and must pay a fine of up to $250.

For a Schedule V drug such as codeine-based cough suppressants, possession is considered a Class 3 misdemeanor and is punishable by a fine of up to $500.

Possession of a Schedule IV drug, including tranquilizers such as Xanax, is a Class 2 misdemeanor and incurs a penalty fine of up to $1000 and a maximum of 180 days in jail.

Schedule III drugs, which include prescription drugs such as codeine and hydrocodone, and anabolic steroids, is categorized as a Class 1 misdemeanor and is punishable by a maximum fine of $2500 and up to one year in jail.

The criminal charges become felony charges when Schedule I or II drugs are involved. Some such drugs are:

If found in possession of these drugs, the felony charge carries with it a penalty of up to 10 years in prison and a fine of up to $2500.

If you are one of the more than 3100 (where does this number come from?) individuals charged with a drug crime, you need the help of an experienced Fairfax drug lawyer.  A free consultation can help you understand the charges you face and will allow your legal counsel to begin developing an approach for a skillful defense of your case.

Title: The results were excellent

Andrew was excellent and highly professional when he represented me. He has represented two times, the results were excellent. I'd highly recommend him.