If you have been charged with assault or assault and battery, you need help. By contacting an experienced Fairfax assault lawyer, you can get informed insight into the charges and penalties you face and evaluate all the facets of your case to develop the best defense for you.

Although we provide information on this page, if you have been charged with any assault crime, you should contact a Fairfax criminal lawyer for a better explanation of how the law may apply to the facts of your case. En Español.

Working with a Skilled Assault Attorney

Behind each case of assault and battery, there are two sides to the story – that of the alleged victim and that of the accused. Not every case, even when physical harm is done, presents a simple set of legal outcomes. An experienced attorney will listen to your story and evaluate the details of the events that led to your arrest and charges. Through a thorough study of your case, your Fairfax assault attorney can determine the best defense option(s) for you, such as:

The most effective way for us to explain how we can help you with your charges is to call in and complete your free initial consultation.  This will give our Fairfax assault lawyers the information necessary to begin developing a defense strategy.

Assault and battery are two terms that are often spoken of as a single incident. In reality, assault and battery are defined quite differently. According to Virginia law, assault is defined as an intentional act by one person that puts another in fear of imminent harmful or offensive contact. Battery, on the other hand, is the intentional, nonconsensual harmful or offensive contact by one person against another.

In the case of battery, there must be physical contact made which violates or injures the victim in some way. As far as assault is concerned, however, a mere threat or act of intimidation could be grounds enough to press criminal charges against an individual, if the victim feels that he or she has (or had) the means or ability to inflict real harm. Therefore, an empty threat or harsh words in the heat of the moment, if taken too seriously or misconstrued could have an innocent person facing a misdemeanor charge and the associated penalties.

A simple assault or assault and battery charge is considered a misdemeanor and may be punishable by up to $2,500 in fines and up to one year in jail. There are certain factors that make the crime more serious, according to Virginia Criminal Code, and elevate the severity of the charge and punishment from misdemeanor to felony.

For assaults classified as hate crimes or crimes against elected officials, officers of the law, or emergency responders, Class 6 felony assault charges apply.  The potential penalties associated with a Class 6 felony conviction are up to five years in jail and a possible fine of up to $2,500.

Other Virginia assault charges that may be considered felonies because of aggravating circumstances include: 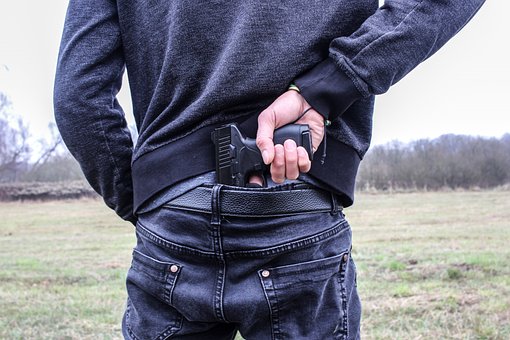 Virginia prosecutors do not take cases of assault and battery lightly and will pursue the most severe punishment possible. It is imperative, therefore, that you get proper representation to defend your case. A Fairfax assault lawyer knows how to work for a dismissal of your case, an acquittal at trial, or at least reduced charges or a minimization of the punishments and penalties you incur.

A Fairfax Attorney Can Help

No matter the basis for your arrest, you are entitled to competent legal counsel. If you have been charged with assault and battery, contact a Fairfax assault lawyer today for a free consultation on how a criminal defense attorney can help.

Title: He is professional, punctual, and accessible

Andrew was great. After interviewing a number of attorneys for my case, I selected him because he saw details that others had missed. He is professional, punctual, and accessible; either he or one of his staff members responded to emails promptly - often within hours, if not minutes. His knowledge of my case, the law, and court staff helped us achieve a better outcome than I thought possible. I highly recommend him to anyone looking for a good attorney.