If you have been charged with a criminal offense, you can retain the services of a Prince William County criminal lawyer who is experienced with a range of charges as well as the local judicial system. Being charged with any felony or misdemeanor crime is cause for genuine concern. Our legal system does, however, have many constitutional safeguards, such as presumption of innocence, protection against unreasonable search and seizure, your right to remain silent, and the right to legal representation.

By working with a Prince William County Criminal attorney, you can make sure that your rights are protected and that you have a skilled legal advocate on your side during your time of need.

Why Hire a Criminal Lawyer? There are numerous advantages that come along with trusting your legal defense to an experienced Prince William County criminal lawyer. First and foremost, our lawyers understand that each case is completely unique from any other—although it may involve the same legal statutes or similar elements. They will spend their time and energy conducting thorough investigations into a case, trying to find ways to help a client. That’s why the attorneys at our firm go out of their way to generate a personalized defense plan for each individual, taking into account the specific needs and circumstances of that particular client.

Among other benefits, a seasoned Prince William County criminal attorney will be available to:

The Virginia Code defines the potential crimes an individual may be charged with in very explicit detail.  However, these details are often legally-complicated, using language that individuals without law degrees can find confusing. We provide some basic overviews of the most common charges below, but for an in-depth explanation of the details, be sure to speak with a Prince William County criminal lawyer.

The following is a list of the most common charges our lawyers handle in the Prince William County court system:

Assault is committed when one person places another in fear of harm. Battery is the actual infliction of that harm to the victim. The more serious the harm; the more grave the offense. If weapons are used, enhanced penalties can turn any minor assault into a serious felony. The suspect’s motives also factor into which assault charges are filed.

If you have been charged with assault, a Prince William County criminal attorney can investigate your case and use the evidence to try and show reasonable doubt.  Almost all assault charges involve subjective eye-witness testimony, and a good defense attorney will understand how to point out any flaws or inconsistencies that might benefit his or her client.

Theft offenses are divided into one of three categories: larceny, robbery, or burglary. Larceny is further divided into the categories of petit larceny and grand larceny. Larceny charges are determined by the value of the money or property stolen and the manner in which the items were stolen. If items are worth less than $500, it is a misdemeanor offense with penalties ranging from up to 12 months in jail and a fine as high as $2,500. If the property is worth more than $500, grand larceny may apply. This is a felony offense and, as such, punishment can be as serious as 20 years in prison. A skilled attorney can, however, argue for the court to use its discretion and reduce the penalties.

Other theft-related offense include:

Whether you have been charged with grand larceny or petty theft, a Prince William County criminal lawyer may be able to help you to avoid the negative consequences that can accompany a conviction.

DUI offenses are commonly charged and can lead to significant criminal and administrative penalties. A driver may be declared legally intoxicated if their blood alcohol concentration (BAC) registers 0.08 percent or higher. Certain drivers, however, have a much lower threshold for drunk driving charges, including commercial drivers and those who are under the legal drinking age of 21.

Successful DUI defense strategies often focus on the facts and methods used in the arrest. Did the police officer have reasonable suspicion to stop you? Were any field sobriety tests improperly conducted, or do you have a medical or physical condition that was wrongly diagnosed as intoxication by an officer? Was the Breathalyzer used to determine your BAC properly calibrated and maintained? All of evidence against you must be above reproach. If any point of the case against you is successfully undermined, the Assistant Commonwealth’s Attorney’s case may unravel and result in a not-guilty verdict or dismissal of the charges.

While you may assume that traffic offense are nothing to worry about, it’s important to note that certain violations, such as reckless driving, qualify as criminal charges. Any number of factors or behaviors may be cited by an officer as reason to charge an individual with reckless driving. The most common include excessive speed, which is generally calculated as driving more than 20 miles per hour above the posted limit, or driving more than 80 mph regardless of the posted limit, and aggressive driving, such as unsafe passing of vehicles and driving too fast for road and weather conditions.

Even out-of-state drivers could see such a reckless driving charge result in suspension of driving privileges in their home state. Your Prince William County criminal lawyer may be able to appear on your behalf, sparing you the cost of traveling to Virginia for your court appearance.

If you’re being investigated for – or have been charged with – state or federal fraud charges, having a defense attorney who understands the differences between effectively defending against fraud and white collar crime is a distinct advantage. A variety of charges can be filed under the umbrella term of white collar crime. These include, but are not limited to: 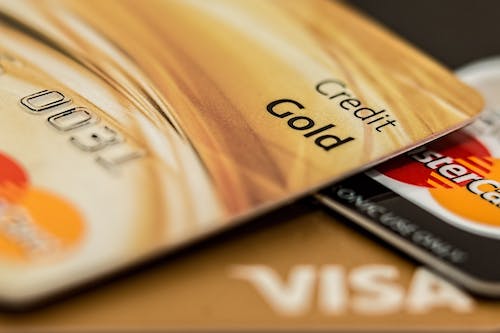 Working with a Prince William County criminal attorney immediately if you have been charged or suspect that you are being investigated for a white collar crime is one of the best moves you can make to defend yourself from legal repercussions.

All drug charges within the Commonwealth are deemed serious, whether it’s a misdemeanor possession of any amount marijuana or a felony charge of possession of cocaine, heroin, or methamphetamines. The type of drug and the amount involved dictate the severity of the charge, and the potential penalty if convicted. Those accused of possession with the intent to distribute Schedule I and II drugs can face 10 to 20 years in prison, or even longer.

Aside from possession of a controlled substance, some of the more serious drug offenses include:

There are some effective defenses against drug charges: beginning with whether your rights were violated during search, seizure, or arrest. Determining which strategy to employ in your defense should be discussed with a dedicated Prince William County criminal lawyer.

Though it is legal to carry many firearms in Virginia, certain restrictions still apply. The gun must be unloaded and – if being transported – the ammunition and firearm must be stored separately. There are also some weapons – such as sawed-off shotguns, Striker 12 shotguns, plastic guns and Teflon-coated ammunition — that are categorically prohibited in Virginia.

Additionally, if a gun is involved when committing other felonies — such as assault, robbery, or certain sex crimes — enhanced penalties will likely be added to terms for the underlying crimes. Speak with a Prince William County criminal defense attorney if you are facing serious gun charges that could have a major impact on your future. 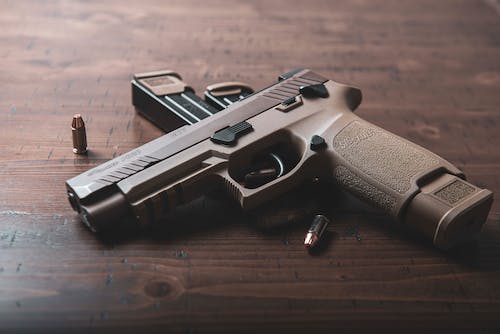 Harsh penalties and long jail terms are associated with convictions for sex crimes in Virginia. These offenses may include, but are not limited to:

Fortunately, the Prince William County criminal lawyers at our firm understand what it takes to successfully defend clients facing serious and sensitive sex crime charges, which is why you should consult with such an attorney as soon as possible if you have been charged.

Investing in private outside counsel is an investment in your own security and peace of mind during the legal process.  There can be no guaranteed outcomes in any complex legal proceeding, but the lawyers at our firm have a great deal of experience handling a wide variety of criminal charges.  Call us today to learn how a Prince William County criminal lawyer can support and guide you.

Andrew Lindsey is everything you could hope for in a defense attorney: a brilliant lawyer, a diligent professional and passionate about her work.